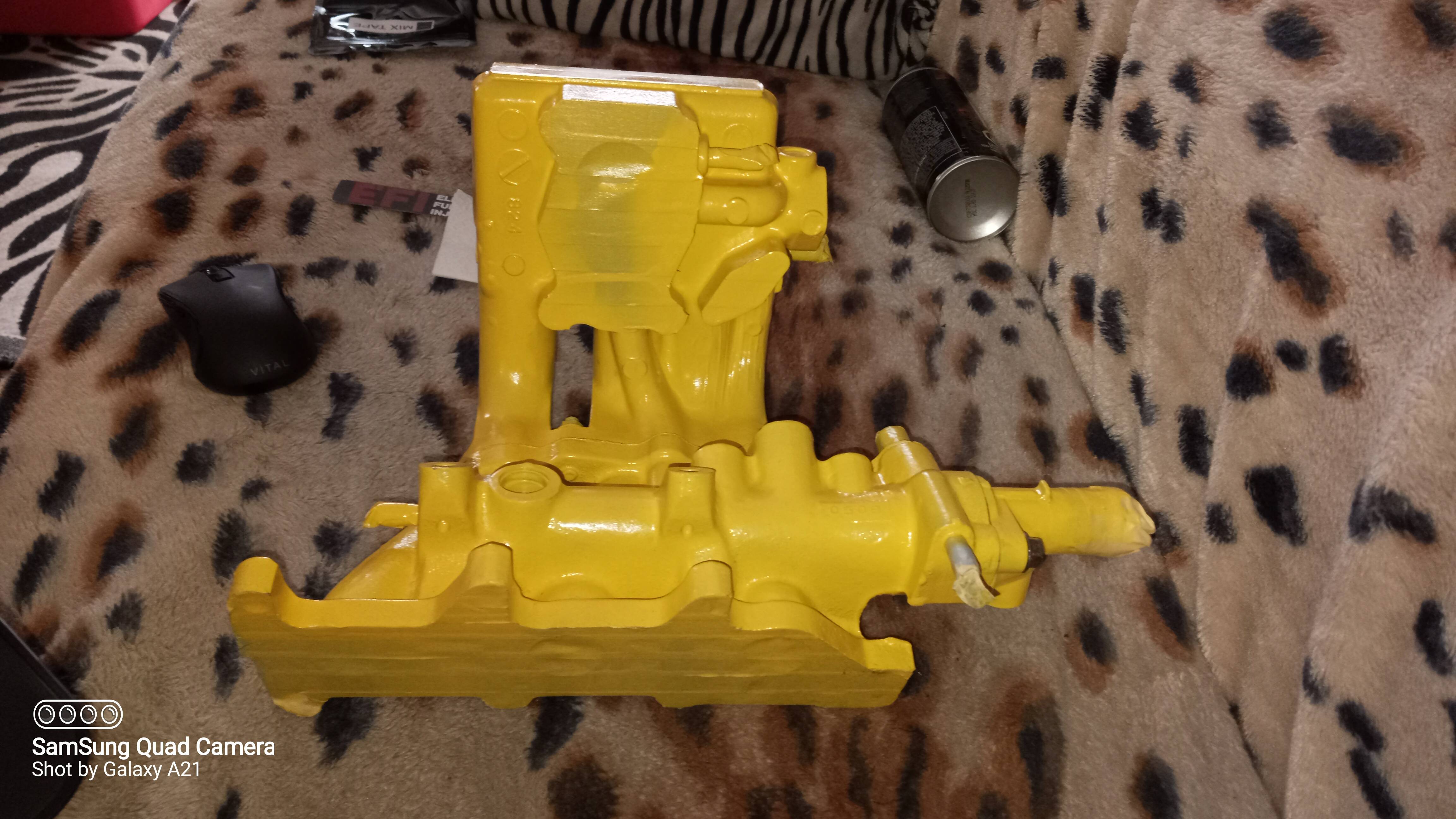 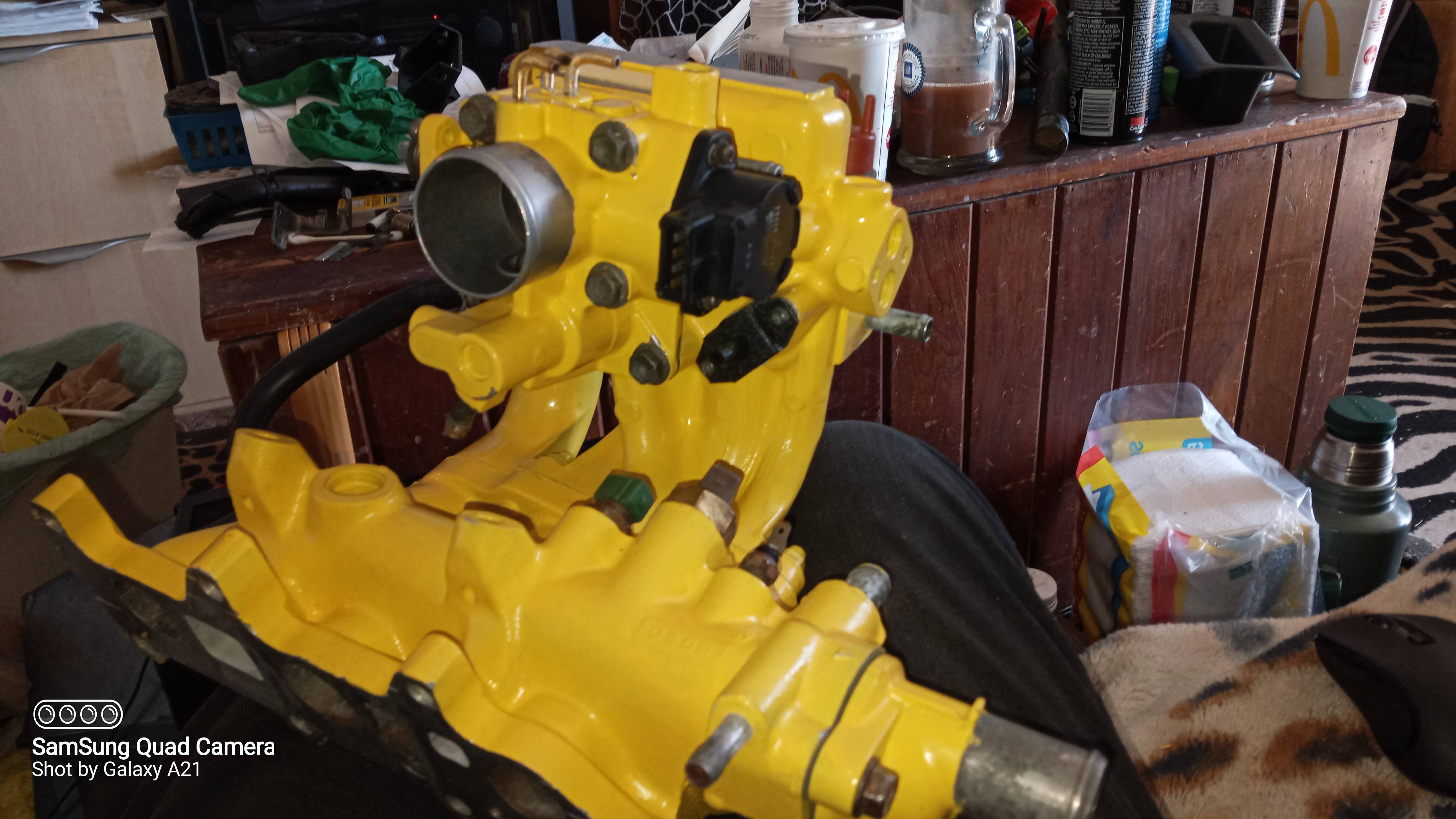 -  Sat Apr 17, 2021 12:27 pm #10133
My @blueturbofly cheap chinese knock off gopro arrived so I will have that with me in two weeks at SIR for the first Street Legal day of the year on May 2nd.
In preparation for this event I removed the 4.39:1 tranny and got the countershaft out. It buzzes badly into 2nd gear so instead of further disassembly of the countershaft I opted to disassemble the 4.10:1 tranny that came with Casper and harvest the good countershaft assembly from it. Once re-assembled it will get new synchromesh fluid.
After that chore I will be changing out the rear tranny mount for a new urethane filled mount to help reduce wheel hop.
Next is to finally install the Centerforce clutch disc I had to modify. The throw out bearing was contacting the center hub where it was cast noticeably taller than a stock disc. It would not release. 3mm off should have fixed it.
Last is to finish out the left tranny mount. Because Casper2.0 was an automatic I had to create left mount for the 5 speed and only got about half way through the job.
Improvements this year also include a better bottom end in December and the arrival and installation of the aluminum crank pulley I had commissioned last year. I have also been running Casper at 12 PSI boost so I am expecting(read hoping) times and trap speeds will be better than ever. Even @blinkryba took Casper for a spin and he thinks Casper stronger than ever.

I’ll show you in two weeks.

Fireflyse…why the need for modification is this not for your car? Or is it for something else.

Looking forward to posting good times, what was your best time previously?

Looks like our strip has canceled twice so far this.
year.

Is there an explanation why the noise?

Fireflyse…why the need for modification is this not for your car? Or is it for something else.

Looking forward to posting good times, what was your best time previously?

Looks like our strip has canceled twice so far this.
year.

The buzzing? is the synchronizer on second gear not doing its job. The synchro was replaced during the rebuild but the rebuilder did not treat the braking surface of the gear (or any of the gears for that matter). I’d do it myself but do not have access to a garage or press.

I think you mentioned you had to modify some material off your clutch to fit?

The noise that gt4life was describing

I think you mentioned you had to modify some material off your clutch to fit?

Buzzing is another word for grinding and that issue is based in the synchronizer for 2nd gear. The issue with the disc is it is the wrong one for the application (thank you very much Centerforce) and I needed to modify the hub height in an attempt to get it to fully release. It has never worked at all. Currently I am running the stock GT disc with the Centerforce clutch cover so it is the Centerforce disc that is the issue there.
'87 Sprint (bought new - smushed) 91 Sprint (bought new - smushed) 95 Firefly SE (bought new, died of rust with 940,000km) 91 Firefly (died of rust, 2018) now driving Casper 2.0

Being a vert owner, I know it's pretty much imposs[…]