-  Wed Oct 16, 2019 3:00 pm #6685
I have been meaning to share some of my Swift/Firefly stories a few years, but every year older it seems is another year full of more pressing matters and less time for fun. I thought you might enjoy a bit of history on my 89 Swift GTI, so I will update this thread with some details.

Ever since I was 15-16 years old (1995) I wanted to get my hands on a Swift GTI or a Firefly Turbo, but it never really seemed to happen. They were always out of my price range, or very abused to the point I was certain it wasn’t worth the necessary repairs, or they were in reasonable shape for a reasonable price, but the mileage was so high I thought for certain when I bought it, all that would change. And so this thinking continued as did my un-ownership for many years, until in 2003 I happened upon a 1988 Sprint 1.0L 3 Cyl with only 30,000kms on it for $900. I had recently built up a 400WHP Eagle Talon AWD that was in a continual state of repair and troubleshooting, and I wanted a simply fuel efficient car that would offset the extreme cost associated with 10 minutes of driving the Talon.

The little car got me started on a unique path in small engine modification. At some point I brought both cars to an AutoX event, just to see which would perform better, and to my surprise the the Sprint easily ran better times, even with only 48HP. The handling was sharp and crisp, even raw, everything that the engine wasn’t. And so the desire returned to drive a Turbo Engine with that chassis, yet even after owning a few parts cars (and selling the parts on TeamSwift) the swap just never seemed to happen, but with R-Compound boy could that little car fly, often finishing above car out of it’s class, and somewhere in the top 10 for the day. Of course it helped that over time the engine was tweaks with cams, pulleys, and breathing mods to bring it closer to 68HP. The mechanical lash adjusters were one of my favorite features of that G10, being able to fine tune the clearance for the cams really helped control the power band’s peaks and valleys for a given RPM. It was one of the first times I realized that fine tuning valve lash is really a must to get the most out of a set of cams.

Over time the car developed a bit of a following at events, being the underdog at practically every event, it was easy to drive as no one who didn’t know the car expected it to do well, so there was never any pressure, but when it did do well, there was always a healthy amount of awe.

However, no matter how well that car performed, it always left the driver asking… what if I had more power? And of course, the unique sound of a 3 Cylinder doesn’t exactly instill fear into the competition, and overtime, and with little ones coming into our every growing family, the time came to sell the Sprint, and ironically it went to another AutoX loving member (by chance) and served faithfully at the course for another 10+ years, up until very recently actually.

I had thought as these cars disappeared from eBay, Craigslist and Kijiji, that my odds of ownership were approaching zero, until one day I found a small text ad on Kijiji for “1989 Swift GTI parts” for $500…. 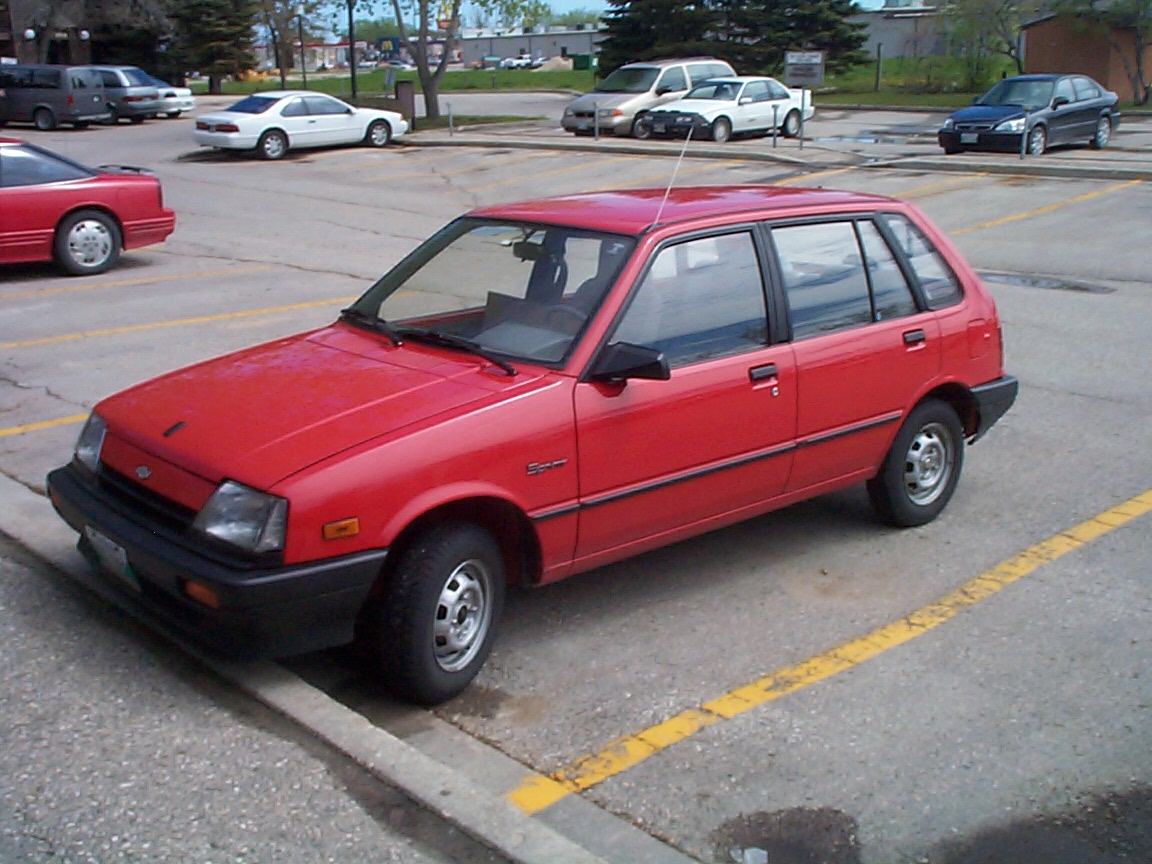 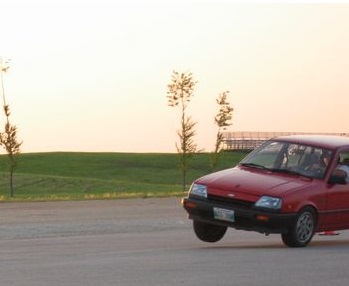 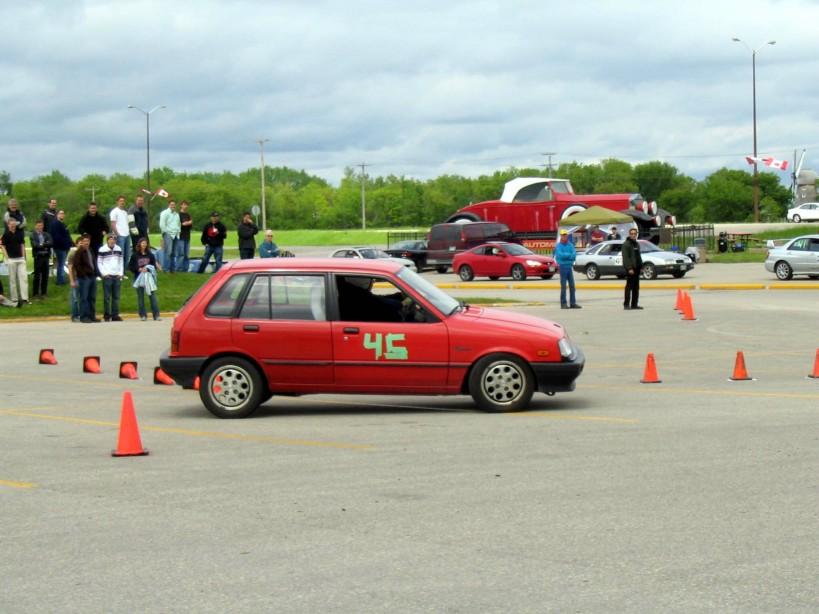 When I got there I saw a complete car, with virtually no rust, but a very hard front end hit. The parts that were there were red under black paint, despite the car being black. However, it ran quite well, and only about 100k km on it, or ~ 62,000 miles. The interior looked like new, and wow low mileage, affordable but of course lots of work to do. There was also the issue of the title not being road worthy to deal with. I was in for a very uphill battle if this car was going to get restored.

I decided to buy it, as a good running G13B was worth the asking price alone, and if nothing else I could make a great track car. A few pics of the sale date below. 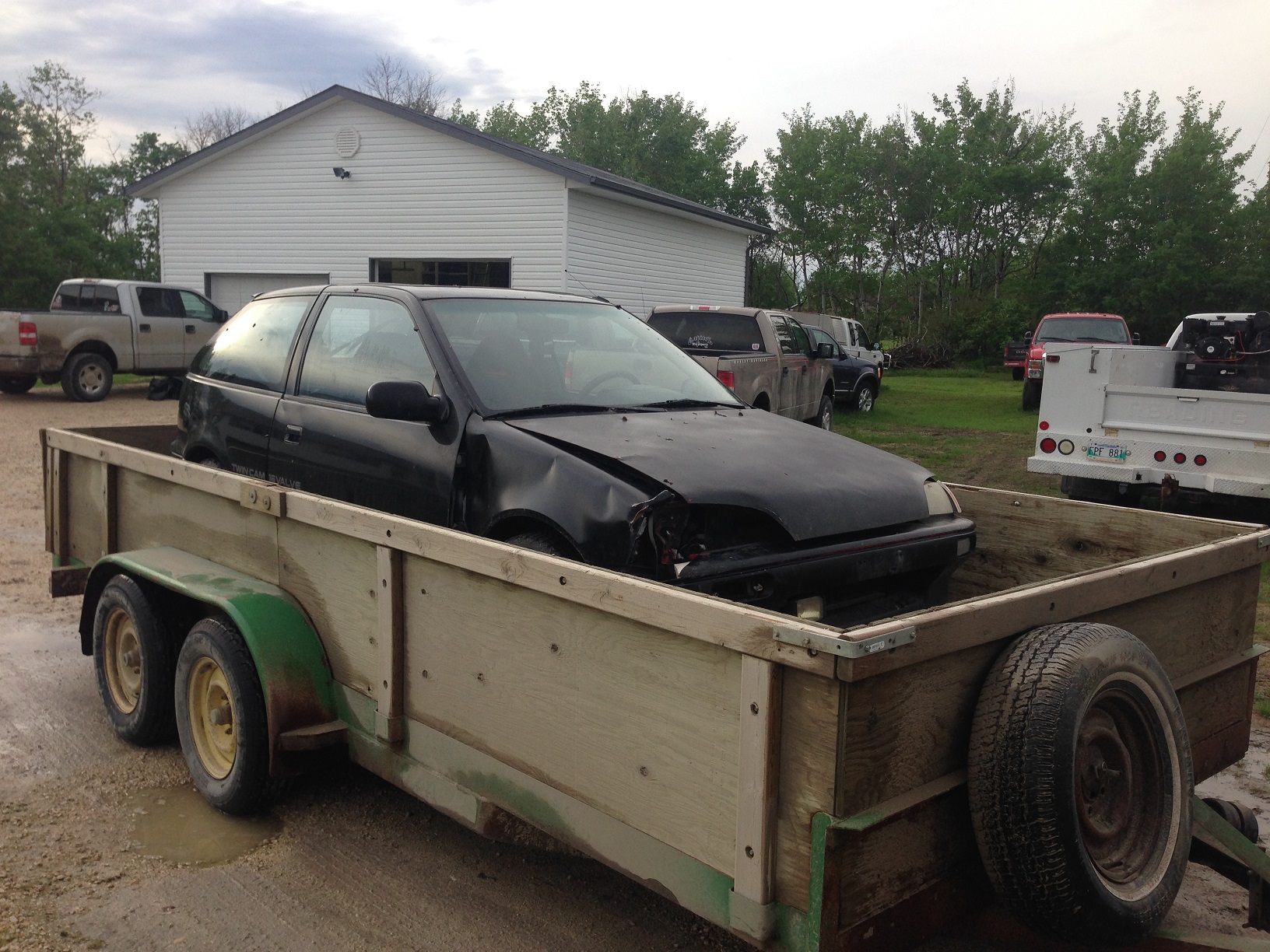 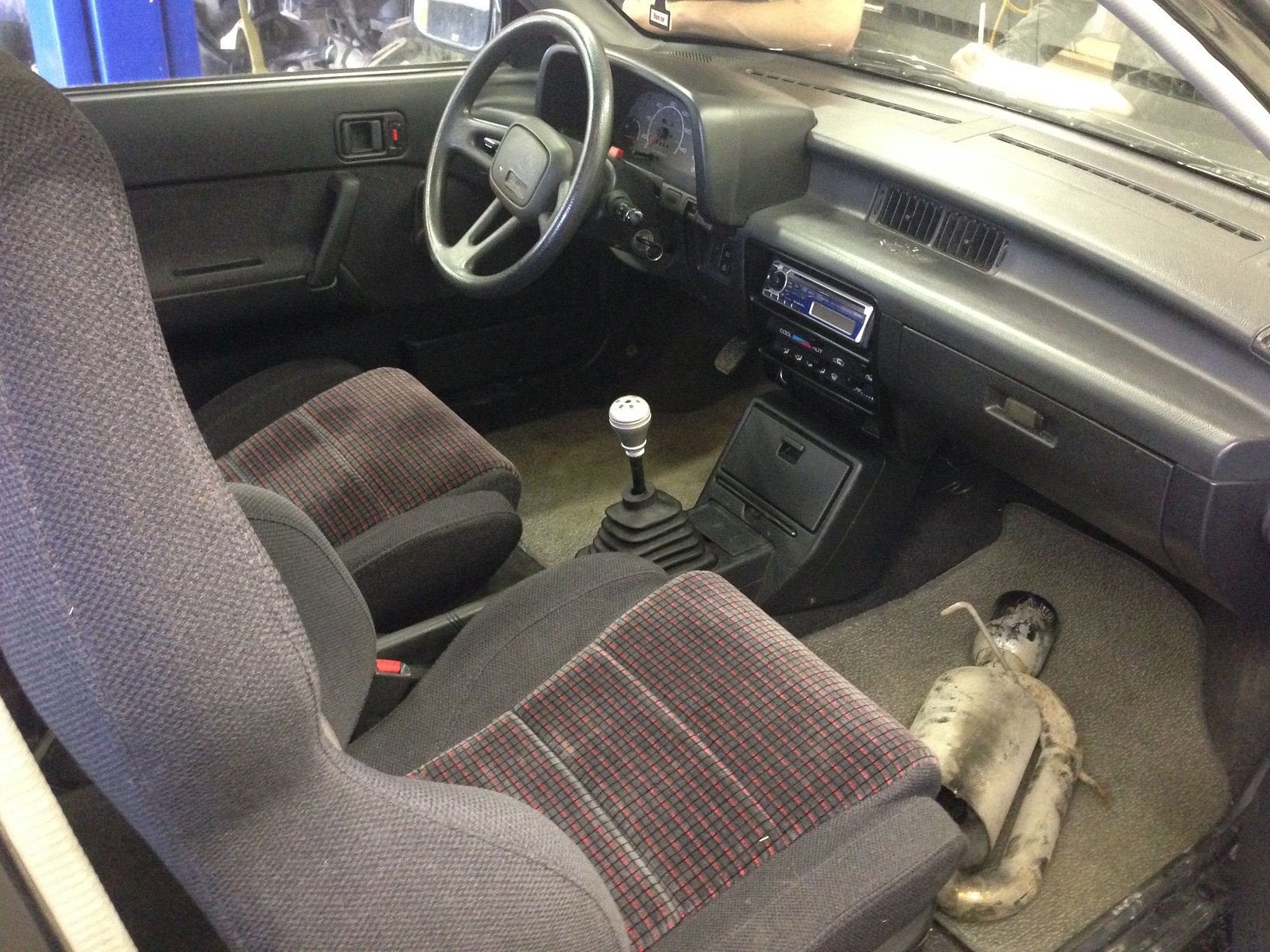 Is the price still holding at $85 plus shipping?[…]

I just got the right size ends to go from whatever[…]

Good save! Sun roof would be nice.