-  Wed Oct 21, 2020 11:16 am #8936
Will a $100 harbor freight welder work on my exhaust. I’m just needing to seal up the joints. Looks like somebody used cheap after market components but everything is clamped together instead of welded. I used the puddy stuff to pass inspection last year but a lot of it is broken off now.

I’m guessing it should work ok but I don’t know much about welders. I learned in high school shop class about 20 years ago how to stick weld and I did a little mig welding at a concrete plant.

The specs seem to say 120v and minimum 20 amps. I have looked around a bit and I’m wondering if I need to install a 30 amp breaker and appropriate hardware there after to give this welder the best chance? Right now I probably need to read more in the manual to make more since of it but I thought someone here might be well versed in this area and could point me in the right direction.

I do not know about house power connections at your place.
Here we have 230vac in house and 400vac as power for the shop.
I own a small 150 mig welder that runs on every house connection I tried.
Only when you use a crappie cord it will hold down a bit.

What I am trying to explain.
You want to stick up an exhaust.
And maybe some brackets or perhaps some body repairs

This will do all that.

It just all depends on your skills.
With Flux core the start is a bit messy.
Because of the lack of protection gas.
But when your welding its OK

Good luck with purchasing, practicing and getting there

-  Thu Oct 22, 2020 10:50 am #8941
Yeah sounds very similar to my experience. Those cheap welders should be more than capable of doing that, flux core might not be the prettiest but it should do what you want fine. I bought some flux core wire for my miller while waiting for my gas bottle and it did fine, just produced a lot of splatter compared to the gas setup.
jumpinwired, Walt liked this
Admin of the Suzuki Swift Repository, as well as a GTi fanatic! Currently own a Red 89 GTi and a Black 93 GT .

I’ve basically thrown in the towel on the rust removal for the gas tank. Hit it with some HCl on all of the rust but the metal was very thin on most of those spots so by the time I was able to clean away the rust, I was creating new holes through out those areas.

I’m just going to purchase a new tank when I can. For now I’ve stole the tank from my white GTi. 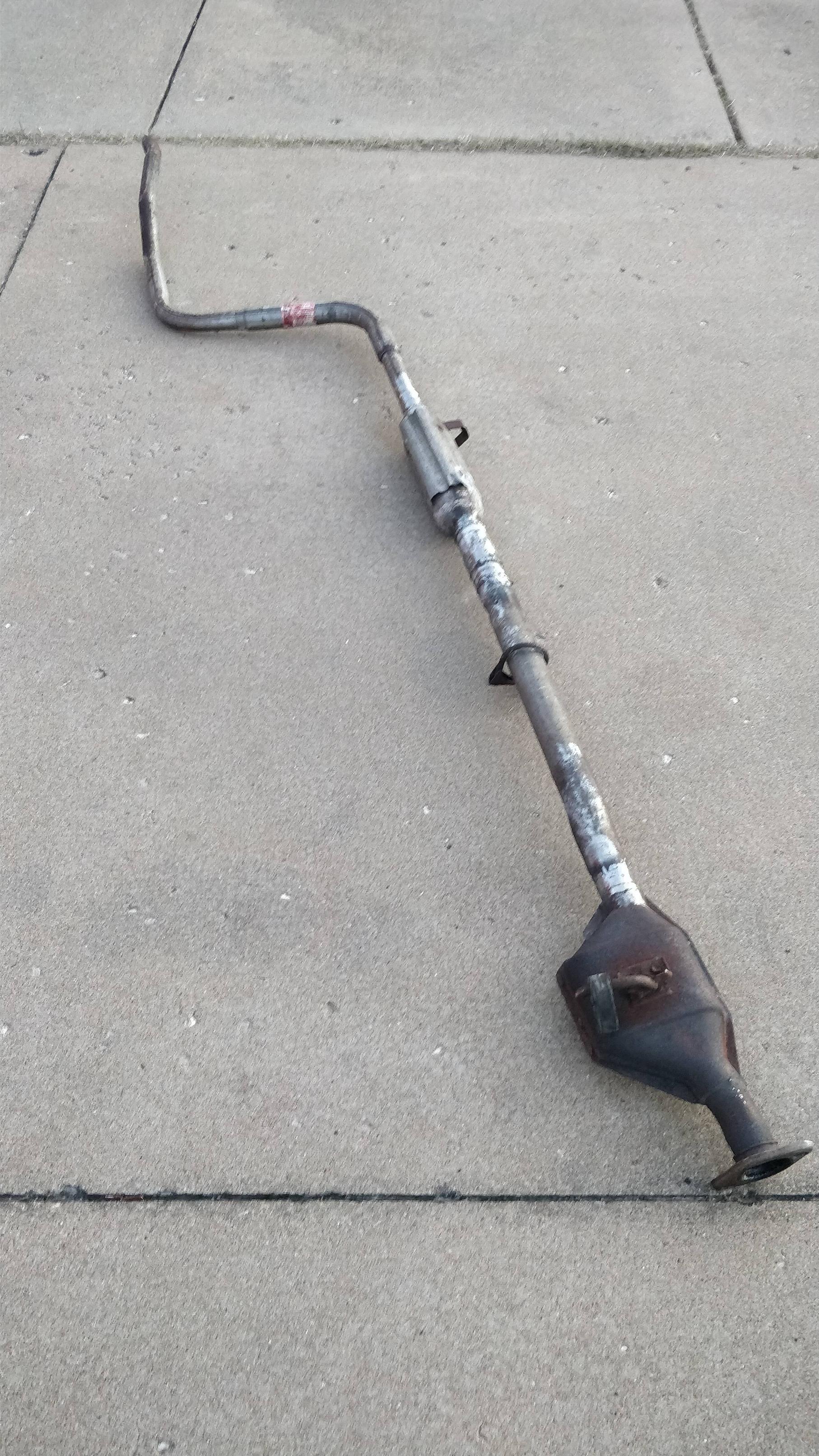 My welding certainly leaves much to be desired. I figured out my main issue was that I had the feed and the power turned up too high. Also the rust on the cat was ruining my bead on that weld.

5 welds and I just clamped the muffler back on and it passed inspection. I buzzed off the weld to clean it up and check for cracks and voids, you know, all those terms I don’t know. Yeah I suffered greatly in the beginning but I definitely got better by the end. 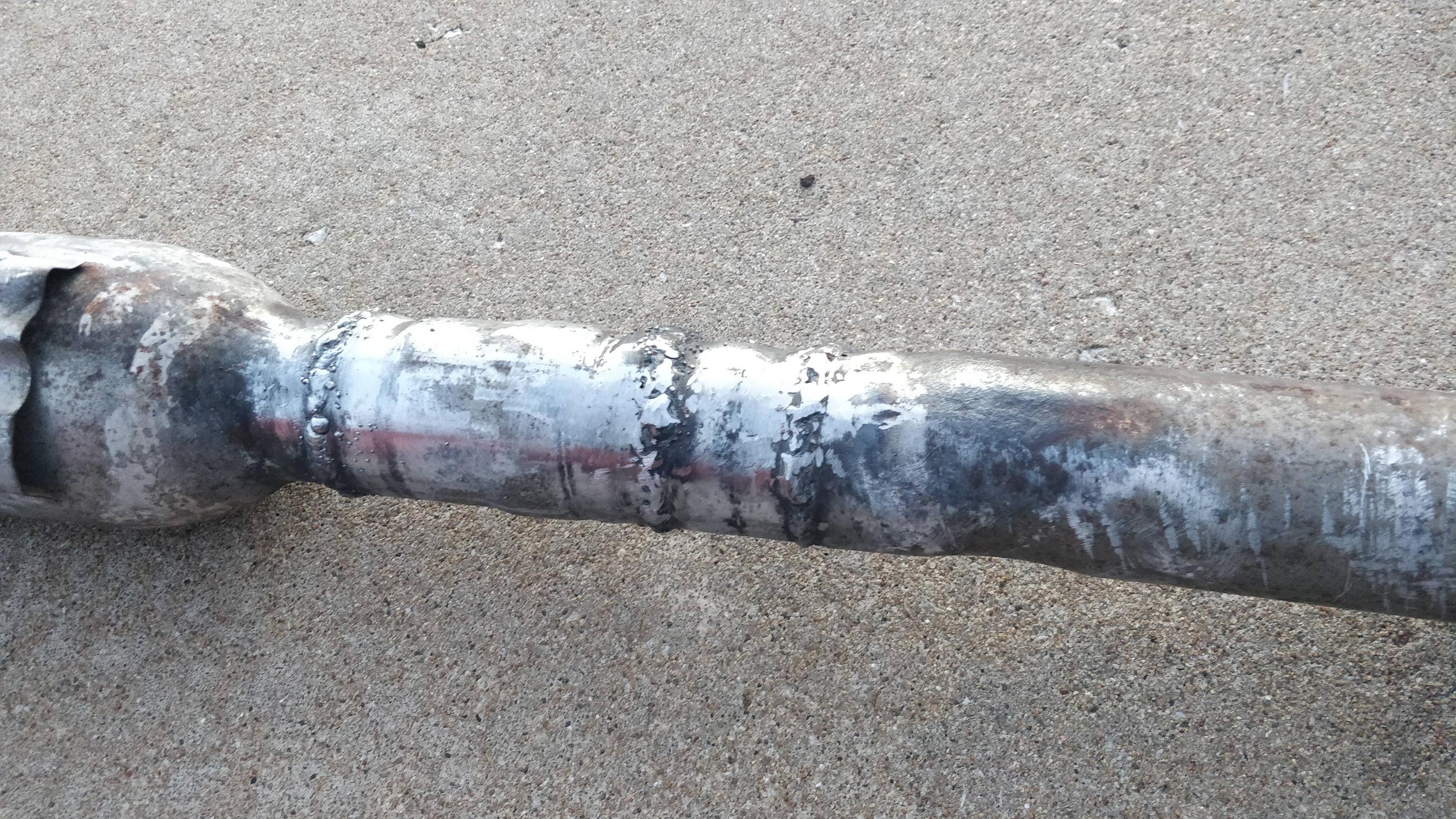 Oh, yeah, I forgot to mention that I plowed a crosswalk sign a bent the flange just in front of the cat.

I was looking so hard left and right that I completely forgot they put these signs in the middle of the road, literally on the double yellow on the cross walk. As I pulled out, I cut left still checking left and right when the sign finally appeared from behind the a-pillar. I slammed on the brakes but I had to have been going over 15-20 mph and did not the get on the brakes until about 10 feet away.

No real notable damage besides the exhaust flange. I bent it back into shape and tacked it in a few spots. Tried to run a bead but I was just blowing metal away like crazy. So I just decided it was good enough to run it, but I’m never taking pictures of that garbage.
macuserman, Walt liked this

Been running this car like crazy since February delivering for Doordash, GrubHub and Uber Eats. Needs a few things now.

Two days later, same thing. Towed it home and had the battery charged overnight at AutoZone. Next day I put it back together and had AutoZone check everything with it in the car and said there was no problem.

So I got the multi meter out and started checking. Found two issues. Only charging at 12.6v while running. Also I noticed a fluctuation in the voltage every few seconds. It would drop to some random number and then pop back up.

Took it to a different AutoZone and they said the voltage regulator was bad. Pulled the alternator again and back to AutoZone with three passing results in a row. They said to back probe and check the signal wire at the alt harness.

Put it back together and I did a closer visual inspection. Did see anything but I followed the alt wire to the fuse box and checked each connection was tight. When I pushed the connector on the fuse box end, the motor idled down a little and started reading about 13.6v or so. 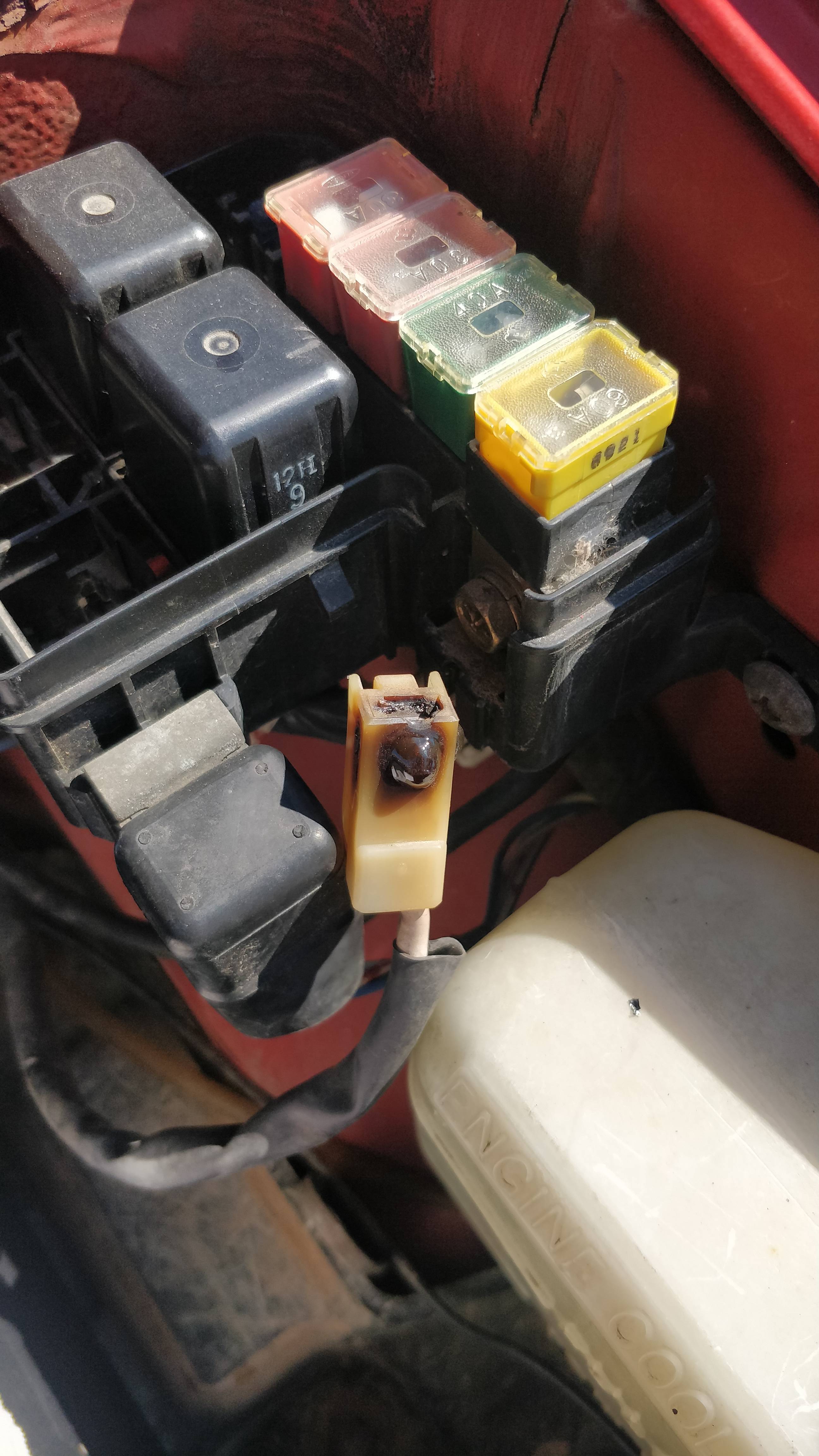 So can anyone source one of these? Guessing it would have to come with the harness so I’m going to build one and test my skills. I just don’t like those spade connectors and I’m worried about material quality of whatever I buy. You know Chinese metal.
Walt liked this

-  Wed Oct 13, 2021 8:33 am #11555
I just got the right size ends to go from whatever positive terminal on the battery post to the 6 mm bolt above. I spaced out the whole fuse box about ½″ further from the fender wall to increase clearances. I used a company called batterycables USA. You can get a whole bunch of lengths with different options for either end. Pretty sure I posted in my own thread exactly what I used. I think I used 2/0. I never have to worry again about that stupid connector. I have had everyone of those connectors fail and melt in all my Geo & Swifts. I’ll post up a picture when I get home today from work.

Is the price still holding at $85 plus shipping?[…]

I just got the right size ends to go from whatever[…]

Good save! Sun roof would be nice.